Watch on demand MobileODT and Evidentia Publishing’s latest webinar to gain skills in how to discern what is associated with suspected sexual abuse and what may be attributed to other dermatologic disorders or cultural medical practices. 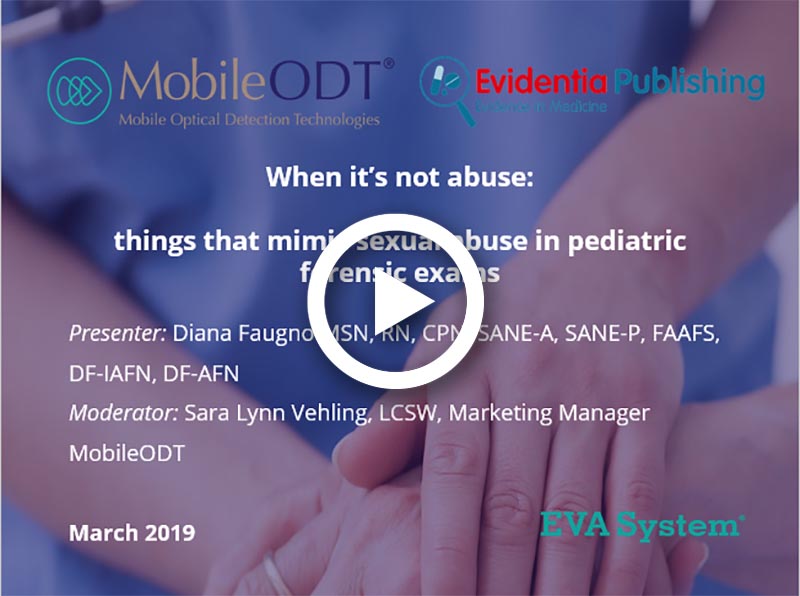 Webinar participants will gain knowledge in:

Diana Faugno graduated with a degree in Nursing from the University of North Dakota in 1973 and she received her Master’s in Nursing from the University of Phoenix. She is a Board Director of EVAWI as well as a board member of CAPSAC California American Professional Society on the Abuse of Children. Currently, she is a per diem contract staff nurse at Eisenhower Medical Center. She is a fellow in the American Academy of Forensic Science, as well as a Distinguished Fellow in the International Association of Forensic Nurses. She has made numerous presentations to Sexual Assault Response Teams across the country as well as scientific community assemblies such as the American Academy of Science, EVAWI Conference. She provides training across the county to assist teams in the development of staff on topics using curriculums and educational standards on various topics.

Fill in the Form to Watch Now!