From the Airforce to Fighting Cervical Cancer: Cherissa Jackson 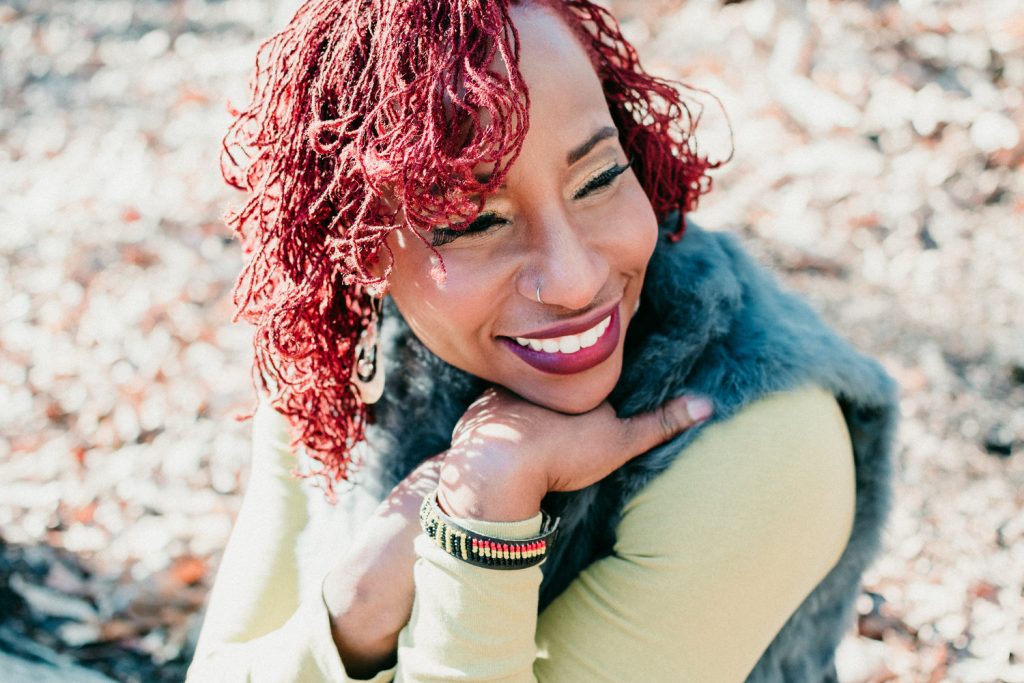 As Cherissa Jackson healed herself from PTSD, she went on to heal others. She founded the non-profit “Project Give Hope” to provide cervical cancer screening and treatment to women in low resource settings, following her retirement from the US air force. Today she combines a full ‘day-job’ advocating for Veteran’s rights with her passion for saving lives.

Fighting to be able to save lives

Born and raised in South Carolina, Cherissa joined the air force at 17. Initially, she worked in logistics on the C17 flight lines, but following the birth of her twin daughters, she decided to go into the nursing care.

“I saw the amazing care that the nurses in the hospital gave me and I just knew this was what I had to do,” she explains.

At the time there was no precedent for air force personnel to qualify in nursing while actively serving. Showing the tenacity that has followed her throughout life, Cherissa was not fazed by the challenges facing her, “I pushed as hard as I could and went up the chain of command,” Cherissa recounts. In the end, the military agreed to move her to evening duty so that she could attend nursing school in the day time. After two grueling years, she graduated South Carolina University with a BSN.

To put her new qualification to use in the military, Cherissa embarked on advanced training in trauma care. “I was lucky enough to train at the Wilford Hall training school in San Antonio, TX.” The skills she gained were quickly put to the test.

“I was deployed to Iraq in 2005 and again in 2006.” Following her final deployment to Afghanistan in 2011, Cherissa returned home ready to move on from the military. “I went through a near-death experience in Afghanistan. When I was asked to do a fifth deployment in 2012, only four months after returning from my previous tour, I knew it was time to retire.”

Surviving and thriving with PTSD

Her ‘retirement’ lasted a few months. “I tried to sit still. I just couldn’t do it. I’m not made for doing nothing,” Cherissa says.  Away from the military, she realized that she was suffering from PTSD. “I did four deployments in some of the most dangerous situations, and I nearly lost my life,” she explains.

“The effects of that were not simple. PTSD is not something you just ‘get rid of.’ For many veterans, it’s something you learn to live with, to manage but never to totally cure.”

Jackson was able to channel her own experience with PTSD to help fellow veterans. She is now the Chief Medical Executive for AmVets. Her work varies between advocating for veterans on Capitol Hill and overseeing the AmVets Heal Program which provides emergency counseling by phone for veterans.

Jackson explains the urgency of their work, “There is a suicide epidemic among veterans.” She oversees the HEAL Program to prevent crisis situations that can push veterans to take their own lives, to help them find the support and services they need to overcome their challenges. With the common conception of military veterans as being male, female veterans are often overlooked. “They often don’t even identify as a veteran,” Jackson explains. “Or they think that because they didn’t lose limbs, they’re not entitled to veteran services.”

Her time in the military deeply embedded value for public service in Jackson’s psyche.”When invited to take part in a medical mission to Uganda to provide primary healthcare, she jumped at the chance. The mission included a two-day clinic in rural Uganda. The medical team had been asked to provide their own supplies for the primary care clinic.

“We didn’t know what conditions we were likely to be treating,” she explains. “So the supplies we brought weren’t necessarily the ones we needed. I couldn’t help thinking that in the military we would have organized things differently.”

“On the plane on the way home, I felt like I’d failed the women of Uganda. They had traveled for miles to see us and we hadn’t been able to treat everyone. If we’d had a precise mission, with clear objectives, then we could have done so much more good.” Jackson used her regret to fuel her drive to affect more change. 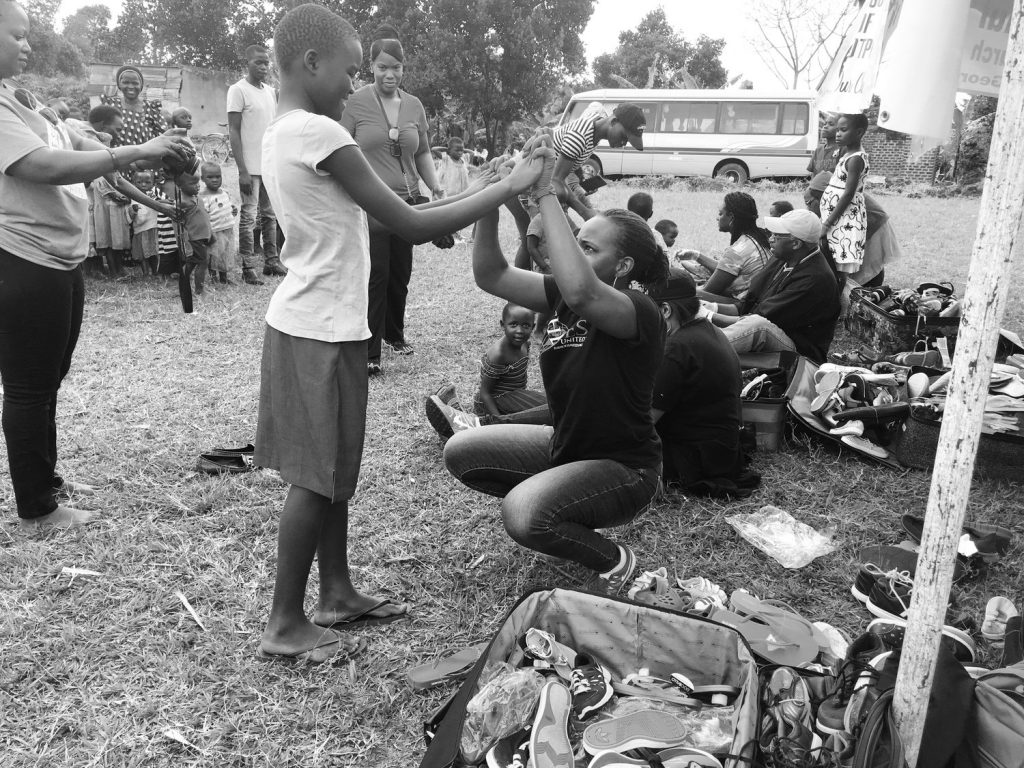 Cherissa Jackson during her first mission to Uganda

“I discovered that Uganda has very high levels of cervical cancer and I knew that was something I could help improve,” she recounts. She researched cervical cancer treatment in low resource settings, learning about VIA and thermal coagulation. “I did some more research and discovered the EVA System. Now I can offer advanced visualization and immediate treatment, I have the perfect pair for combatting cervical cancer.”

Giving hope with Project Give Hope

Jackson founded the nonprofit, Project Give Hope with the mission to improve cervical cancer care in low resource settings. Her experiences in the military gave her an appreciation of the long term effects of any outside influence. “I think it’s vital that any program be sustainable and maintainable. There are too many times when well-meaning foreigners come to low resource countries and leave behind a technology that is totally unsuitable. I want to empower local clinicians to provide quality treatment long after we go home.”

Project Give Hope is planning a ‘Master Training’ mission to Uganda and Malawi for September- October 2019. The goal is to provide in-depth training for local clinicians who will then, in turn, be able to train other clinicians. Two teams will go on the trip, the first to provide a week of didactic training including how to use the EVA System and thermal coagulator; the second will provide a week of clinical supervision to ensure that the local clinicians have mastered the techniques. The local clinicians in the first wave of training will all have prior experience in gynecology, allowing them to move directly to advanced training on this specific area without requiring basic training in gynecology.

The Project Give Hope team are entirely voluntary with none of the staff receiving a salary. As word gets out about their work, Jackson has received many offers to help. “I haven’t had to go searching for clinicians to join our mission. They ask me,” Jackson explains. Many of the medical volunteers are also ex-military personnel. “Time in the military gives you good discipline and the ability to work hard. Two of the qualities most needed to make a success of a project like ours.”

For Jackson, her experiences in the military, both positive and negative, have enabled her to turn her passion into a battle in the fight against cervical cancer.